We’re no strangers to quirky boats – often, what seems quirky to begin with becomes a new normal soon enough. While sometimes you’ll see absolutely incredible boat designs, like Zaha Hadid’s skeletal, alien-esque design pictured below, these often only make it as far as the renders. They’re crazy boat designs, sure, but today we’re interested in the craziest boat designs that actually got built. Check out some of our favourites below!

We’ll start with perhaps the least ‘out there’ design. The Exbury Egg is primarily an art piece created by artist Stephen Turner. We’re not sure it should be classed as a boat because it has no mode of propulsion – but it’s a remarkable example of possibility in water living. It’s essentially a floating self-sustaining cabin, tethered to a gently ebbing river bank, and it’s clear how its design reflects its purpose as a studio space and work retreat.

This boat may not exactly be a practical mode of transport, but if you’re the sort of person who can never travel without their guitar, it makes sense to travel with your guitar. It was commissioned by Australian singer-songwriter Josh Pyke for use in a music video, and certainly serves its purpose of being eye-catching. That said, a CXO300 outboard behind it would likely be even more eye-catching – and make it a bit more effective!

Used for quite literally ‘zipping’ passengers around, this quirky ferry was designed by Japanese artist Yasuhiro Suzuki to carry passengers between Takamatsu City and Megijima, a popular island destination for tourists during the summer.

The artist has been quoted as saying his inspiration came when he was looking down at Tokyo Bay from a plane, and saw how the foam trailing behind a boat made it look as if the boat was “opening up the sea like a zipper.”

Described as “90% roadster, 10% boat, 100% useless” in a Drivetribe article, the Amphicar Model 770 was a strange combination of late 50s, early 60s idealism. The vaguely futurist ideal at the time was that you could make everything do anything. In theory, yes, you can put it in water…but outside of a Bond-film chase scene, how often do you need to drive your car into water? Even if it wasn’t particularly useful, it does look cute.

Perhaps a more useful contender for the dual-function boat title than the Amphicar, this is the Hyper-Sub. It looks remarkably ominous, but having a dual function of speedboat and submarine at least makes sense – they’re both to do with water, after all.

Its dual-purpose likely makes it very useful for military or scientific work, where it’d be impractical to have to transfer cargo and equipment to an entirely separate ship.

This boat is particularly crazy – essentially a submersible jet-ski with wacky outfits. Made to look like various aquatic life – such as swordfish & whales – the Seabreacher can dive five feet underwater and launch itself up to 20 feet above it. It’s one for thrill-seekers, and certainly on the more unusual side of watercraft.

The Adastra superyacht is an impressive trimaran design that at first seemed unlikely to actually get to production. But it’s actually been launched, and is able to house six crew and nine passengers – and with a range of an astounding 4000 nautical miles (7408km).

8. The Superyacht from Sunreef

Sunreef is known for the quality of their yachts, and has caused a few splashes since they were founded in 2007. This particular yacht screams luxury – but it also screams something like “Spartans, what is your profession”.

Looking for something crazy powerful?

If you’re looking for an outboard upgrade, why not go for something crazy powerful? Our revolutionary CXO300 outboard provides 60% more torque than an equivalent four-stroke engine and makes the perfect addition no matter what your boat looks like. Need more information? Get in touch today. 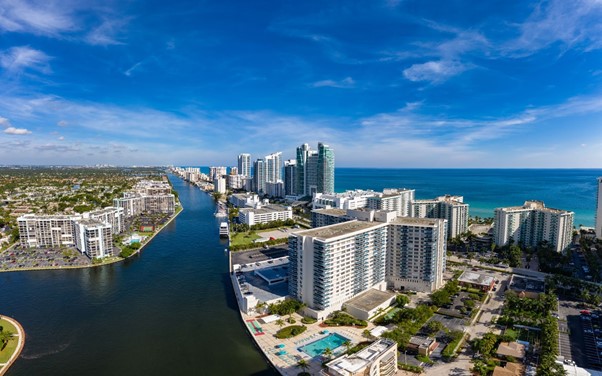 Your Guide to Boat Checks Before Heading Out...