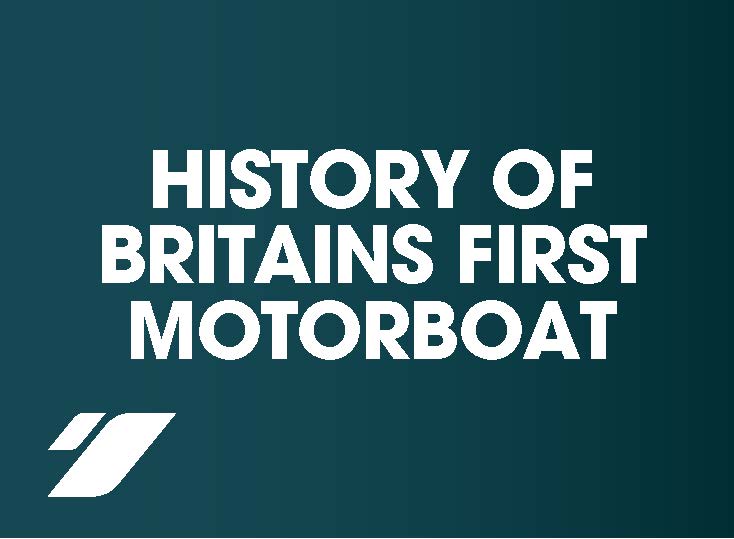 From the steam engine to the world wide web, Britain has a long and proud history when it comes to inventions. When it comes to boating, however, one that often goes unrecognised is that of the motorboat.

While the title of the first-ever motorboat invented goes to Gottlieb Daimler and Wilhelm Maybach in 1886, many of us are unaware of Britain’s contributions to motorboat technology during this period as well. This is the story of Frederick Lanchester and Britain’s first motorboat.

Who was Frederick Lanchester?

Frederick Lanchester is commonly known as one of the ‘big three’ engineers of British history, having made several notable contributions to the automotive and motorboat industry, including the invention of Britain’s first motorboat.

Born in London in 1868, Frederick was the fourth of eight children. He quickly showed an interest in vehicles and engineering from a young age after taking up mechanical engineering classes in 1887. A year later, he started work at the Forward Engine Gas Company, designing gas engines for them.

Five years later, Frederick left the company after wanting to focus more on his research.

How was Britain’s first motorboat made?

Frederick had made great strides in developing newer and more advanced engines during his time at the Forward Engine Gas Company, yet he struggled to get the fuel and air to mix efficiently.

This led to him designing an engine that ran on petrol and included a new carburetor. Eager to test his engine out, he quickly found he was unable to test it in an automotive vehicle due to the restrictions in place at the time – cars were only allowed to travel at a maximum of 4mph at this time!

To get around this restriction, Frederick decided to test out the engine on the waters of the River Thames instead. Using a paddle-wheel boat he built with the help of his brothers Franks and George, Frederick piloted the boat on the river at Oxford in the autumn of 1904, marking him as the inventor of Britain’s first motorboat.

Unfortunately for the motorboat industry, once the initial restrictions on-road vehicles were lifted, Frederick shifted his focus away from motorboats and more towards automobiles, where he continued to create engines that would help power many of the cars of the 20th century.

During World War One, Frederick was also responsible for the creation of the Daimler Knight Engine, which was famously used to power British Heavy Tanks.

While Frederick didn’t continue his work in the motorboat industry, he paved the way for many future motorboat inventors, as well as helping solidify Britain’s place in motorboat history.

The motorboat engine of the future

We’ve come a long way in motorboat engines since 1904 though. Fast forward to 2020, and boats now have the option to be fitted with a new generation of British Diesel Technology – the CXO300 diesel outboard. Find out more about the CXO300, or contact us today.