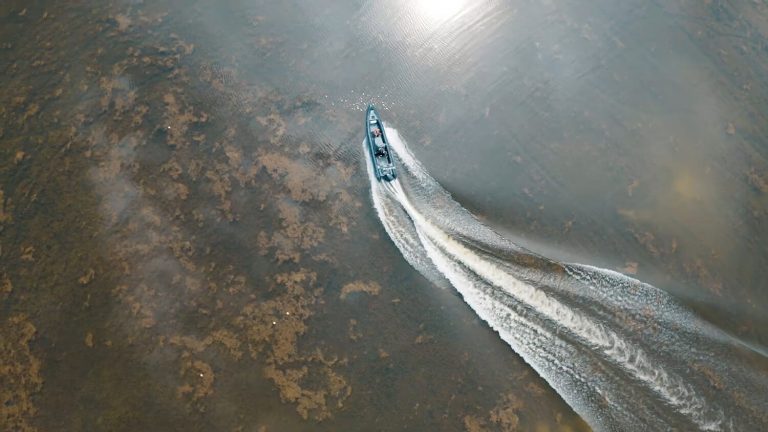 There are hundreds of different types of boat – and many more types of ships. Like terrestrial vehicles, these have been developed over hundreds of years to meet different requirements and demands of vessel use. A yacht may be great for near-shore sailing, for example, but you’d be hard-pressed to get it into an inland river for a fishing expedition.

For the sake of brevity, we’ve collected a list of the most common types of motorboat with an explanation of each.

Jon Boats are a common type of riverboat. They’re flat-bottomed to enable them to wade through very shallow water and can be constructed from a variety of materials – usually aluminum, fiberglass, or wood.

If you’re familiar with a punt, a Jon Boat is basically the same shape but often shorter and wider to enable stability while standing – most often for fishing. While originally used with paddles, Jon Boats are now often fitted with outboard motors to enable fast, efficient movement.

A Mud Boat is a similar shape to a Jon Boat but built for strength. They are primarily used for getting through shallow muddy areas such as the swamps of Florida. Mud Boats require a reinforced transom (a beam of material that strengthens the stern) in order to withstand repeated impacts from driftwood and shallow ground.

Similarly, Mud Boat engines need to be able to provide a high amount of power quickly in order to allow them to get past mud banks and power through waters dense with plant life. They’re useful for transport through swampy terrain but also loved for fishing and duck hunting in these less accessible areas.

Bowrider boats are probably the most common type of leisure boat. They can be powered by either inboard or outboard motors and offer a lot of deck space for socialising. They’re often known as ‘trailer sailers’ due to them frequently being towed on trailers to a particular body of water.

Bowriders don’t provide much (or any) shelter so are most commonly used during daytimes in the warmer months.

A dinghy is a small, usually inflatable craft often used for short-term, short-distance transport. Although they can vary in size from child-sized toy crafts to large rescue boats, motorised dinghies are favoured for their versatility. Especially when kitted with a strong outboard motor, they provide enough space inside the boat to seat a number of people, while giving the strength to navigate quickly.

Deck Boats are recreational craft built with a focus on deck space. They don’t need to move particularly quickly because, like the VW campers of the 60s, they don’t need to be anywhere in a hurry – it’s the journey that’s important. They vary in design from common canal-going houseboats to high-end luxury boats which aren’t quite yachts but still great for hosting parties.

Centre Console Boats feature a helm in the centre of the boat. They range in size and frequently have a small cabin under the deck for sleeping. Centre console boats give the advantage of a strong outboard motor (thus speed, stability, and manoeuvrability) whilst giving the captain the freedom to walk around the whole exterior of the boat.

This makes Centre Console boats great for sea fishing, exploration, and rescue as a person can be on any side of the boat.

Cuddy Cabins are a combination of Bowriders and Centre Console Boats. They feature the benefits of centre console boats, but their design tends to focus a lot more on a comfortable cabin. As such, Cuddy Cabins are used primarily as leisure sailboats, for swimming in hard-to-reach bays as well as all-round sun lounging.

These are a type of sport fishing boat loved by deep-sea angling enthusiasts. They can vary from 26ft – 100ft long and are built to withstand the harsh, abrasive conditions of off-shore waters. In the same vein, they are often equipped with strong outboard motors to help them power over and away from large offshore waves.

These are the premium small leisure boats. Beginning in the 1920s, these motorboats were designed to take advantage of the then-new outboard motor. It gave them a distinct advantage of speed, lightness, and manoeuvrability against similar motorboats of their age and they retain this air of class to this day – especially the mahogany runabouts designed and built by Carlo Riva in the 1950s and 60s.

Exactly what a yacht tends to be contested. Many sailing enthusiasts will use the term ‘yacht’ and ‘sailboat’ interchangeably when in reality they do differ. To use broad categorisations, a yacht tends to be defined as a large, fast, leisure boat (or even ship). They range from 35ft to around 160ft – at which point they begin being termed ‘superyachts’ while a boat will usually be below 35ft long.

Another large difference is that, until recently, yachts were almost never seen with outboard motors. They would mostly have Stern Drives due to their large size, but recent advancements in outboard engines have allowed yacht owners who love speed to capitalise on the strength of modern outboards without having to compromise on internal space that would otherwise be taken by an often cumbersome internal motor.

Looking to upgrade your outboard?

If you’re looking to upgrade your outboard,  the CXO300 promises 25% better fuel efficiency and 3 times longer life. Find out more 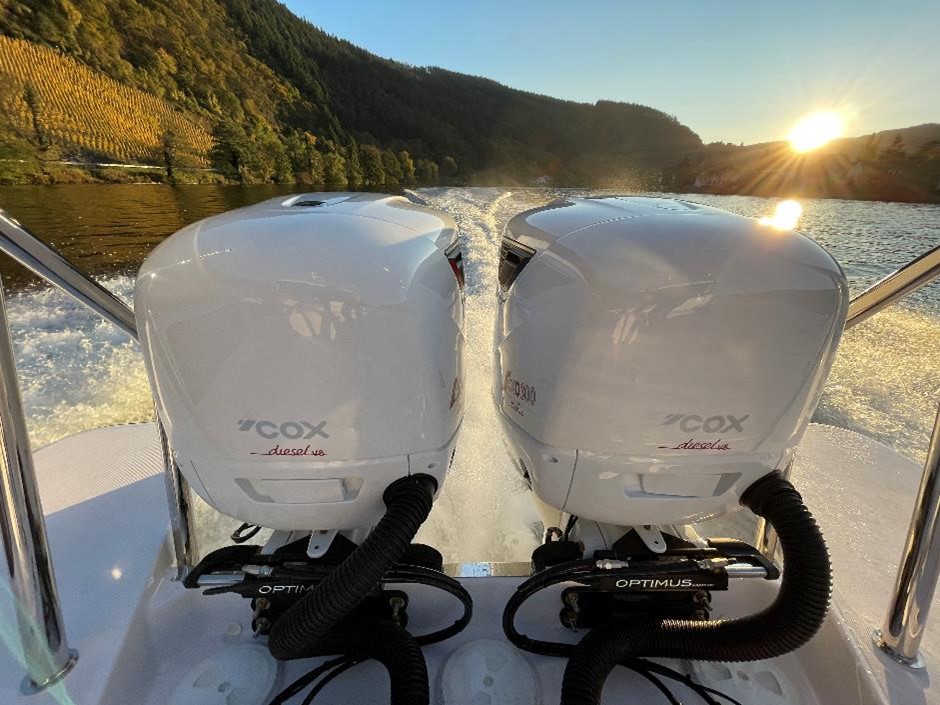