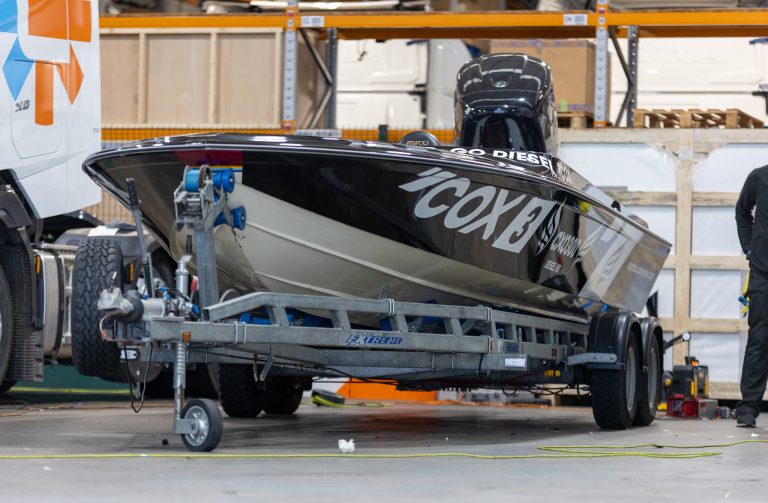 “We hope that the record achievement will encourage other marine operators and recreational users worldwide to make the switch, in the interests of marine preservation.”

Powerboat record attempts on Cumbria’s Coniston Water are steeped in history, thanks in no small part to the exploits of Donald Campbell who ultimately lost his life on the lake in 1967 when his jet hydroplane Bluebird K7 cartwheeled at over 320mph while attempting to break his own World Water Speed Record.

For the COX team, the Coniston project has presented an exciting opportunity for a great British marine company to compete to set a new British Speed Record, says James Eatwell, Cox Marine’s Head of R&D: “To say Coniston Records Week is ‘illustrious’ would be something of an understatement. The event started life on nearby Windermere back in 1970 and marks the end of the UK powerboat racing calendar, attracting competitors from all over the world. This newly established Diesel Outboard British Speed Record provides the COX team with the perfect circumstances to prove our engineering prowess on a world stage.”

The team at COX are justifiably bursting with pride in what they have achieved with the CXO300, a 4.4 Litre V8 diesel outboard that began development in 2010. Based out of Brighton City Airport in Sussex, COX provides 200 mainly skilled engineering jobs to the local economy. That the CXO300, launched in 2018, remains the only large capacity diesel outboard engine purpose built for the marine industry stands testament to what can be achieved by a British SME with big ambitions.

As James Eatwell puts it: “The COX team has had to surmount some large engineering challenges to achieve so much with the CXO300. Delivering 479lb.ft torque at 2250-3800rpm and up to 30% better fuel efficiency compared with a 300hp gasoline outboard, the CXO300 also provides a service life that is three times longer than offered by the average outboard. While we’ve had the opportunity to demonstrate the CXO300’s environmental credentials time and again, showing the out and out performance capability of this high torque unit is not something we’ve prioritised in the past. It will be fabulous for our team to immerse themselves in this upcoming festival of all things fast on the water. Many of our engineers here at COX Marine have motorsport backgrounds and there is nothing like the immoveable deadlines of racing to keep engineers interested!”

Aptly titled Pegasus, after the winged Greek stallion, the 21ft Hallett Vector hull which the potentially record setting CXO300 is mounted on, is a proven shallow vee hulled GRP powerboat design. A custom fabricated lift plate has been fitted to the transom of the hull to make up for the hull’s very low freeboard and minimise wetted gearbox area for the engine and hence maximise possible speed. The Cox Marine team working on the record attempt, known as the Project Pegasus team, has also custom fabricated a foot throttle, the first one fitted to a CXO300, and a selection of different propellers will be run during Records Week to maximise the speed potential. The engine itself is otherwise a completely, and intentionally, a standard production line CXO300.

Even with Project Pegasus’ undeniable speed focus at Coniston, environmental considerations will always overarch activities at COX Marine; reducing marine CO2 emissions was the whole reason for bringing the engine into the world. Coupling the efforts for the speed record, with the company’s dedication to reducing CO2 emissions, the Pegasus team intends to calculate fuel burn and greenhouse gas production for all its competitive runs, demonstrating that high performance and care for the environment can coexist.

Pegasus will initially run-on marine diesel fuel, before switching to HVO100 fuel, a fuel synthesised from 100% renewable raw materials such as vegetable oils, animal oils and fats, which reduces net CO2 greenhouse gas emissions by as much as 90%.

It will be one of the first official runs of a CXO300 engine on HVO (hydrotreated vegetable oil) fuel following its successful certification for the CXO300 this month, shares Gavin Wesson, Cox Marine’s, Chief Executive Officer: “We hope that the record achievement will encourage other marine operators and recreational users worldwide to make the switch, in the interests of marine preservation.” 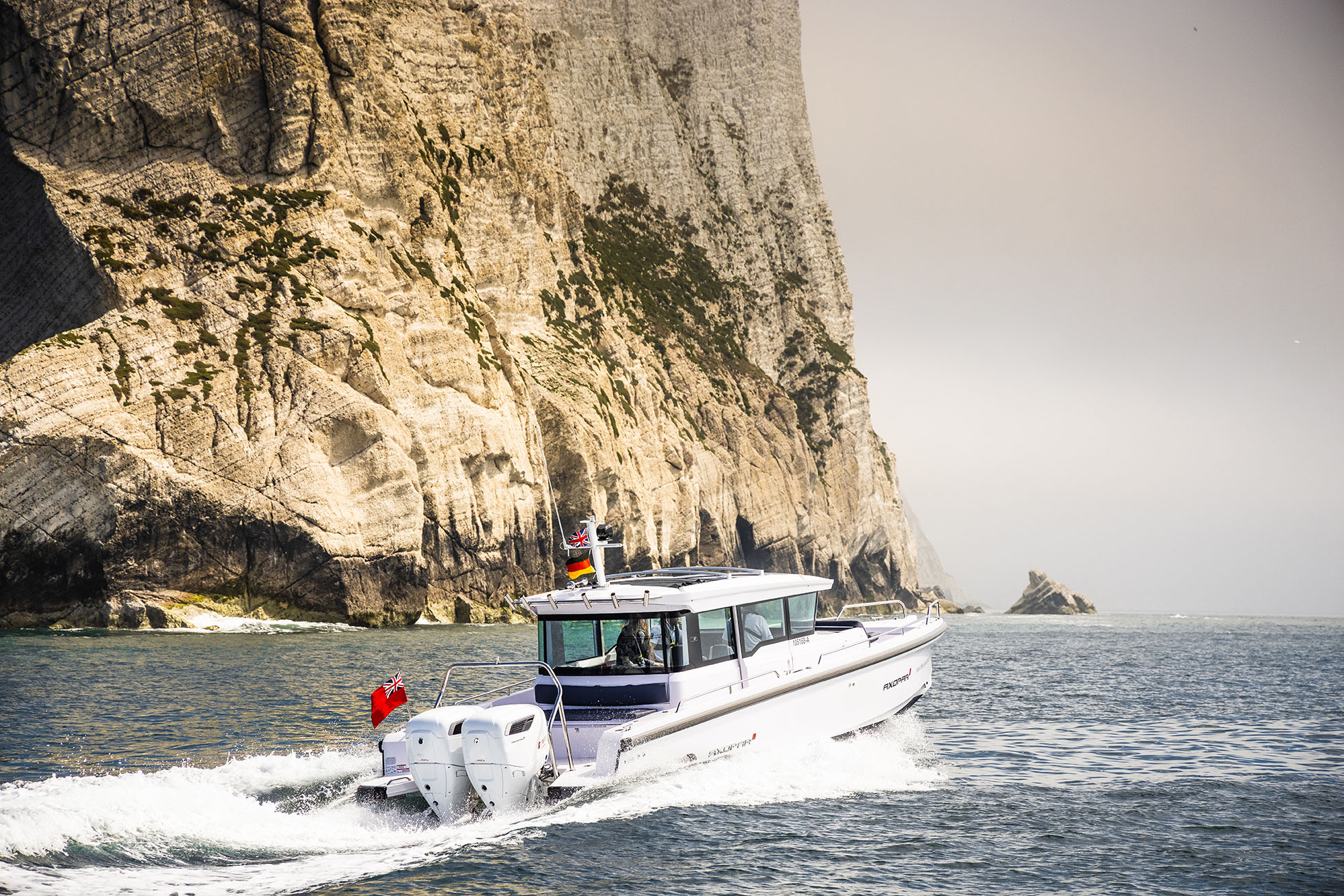 Cox Marine Showcases CXO300 and HVO use at...